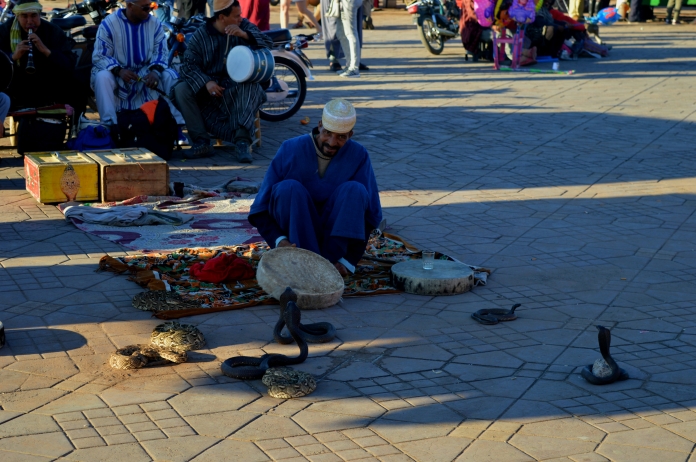 To me, snake charmers had always been mystical characters in far away lands from make-believe stories. I could not believe my eyes when I actually witnessed these people with my own eyes when wandering around the Moroccan medinas and souks. It got me curious as to how these things actually work.

Whilst it appears that the snake is hypnotised by the music, the science behind this performance points to something entirely different. Snakes do not have external ears and can therefore only hear extremely low frequency sounds. Rather, the snakes feel the vibration of the sound and follow the movements of the flute, responding to it as though it were a predator. 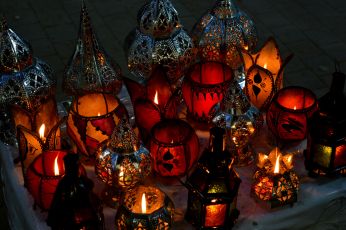 Interesting questions pop up about the relationship of humans to animals, and the importance of customs such as these to local culture. Historically, snake charmers were not only entertainers – they were often knowledgable men used snake venom for medicinal purposes and were thus regarded as magicians. 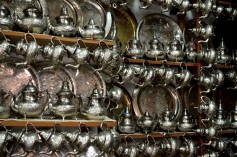 In my mind, these people are still magicians, and I could not believe I got to see something out of a fairy tale. 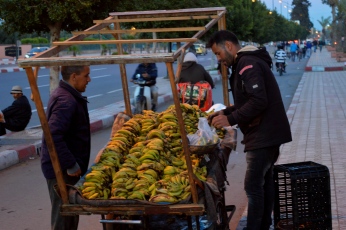